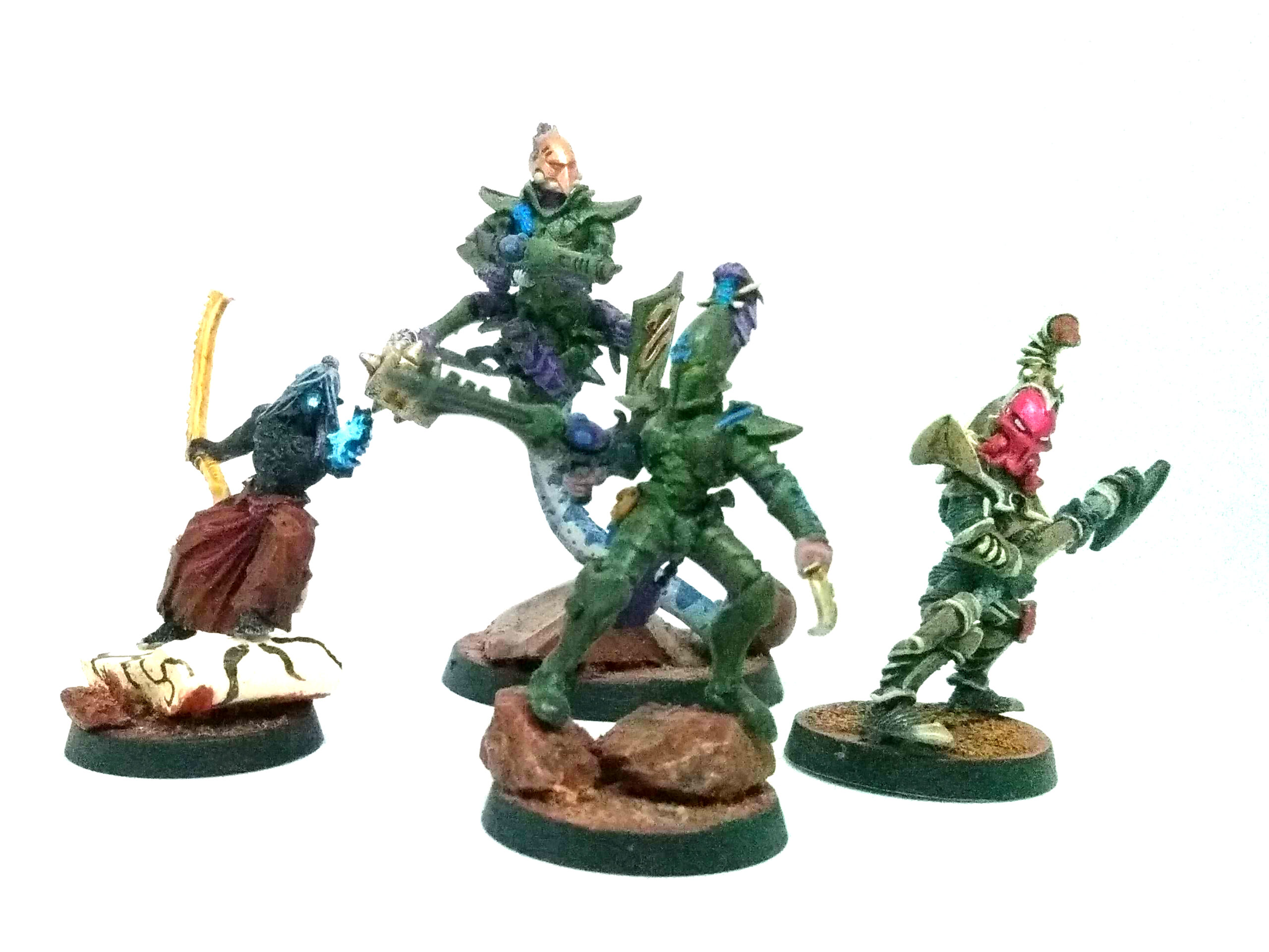 Players, the Drukhari opus has landed! Fresh out of the best Codex that 9th edition has yet seen, we had a lot of fun with this one. In particular, the secondary missions really fit the audience-pleasing, sensation-seeking Dark Eldar - I imagine these warbands fight under the shadow of party raiders crammed with partying spectators.

Alongside it we've updated the Corsairs and Exodites - all are available here at the downloads page.

Here are a couple of Warbands I threw together.

Scared To Death of Wyches 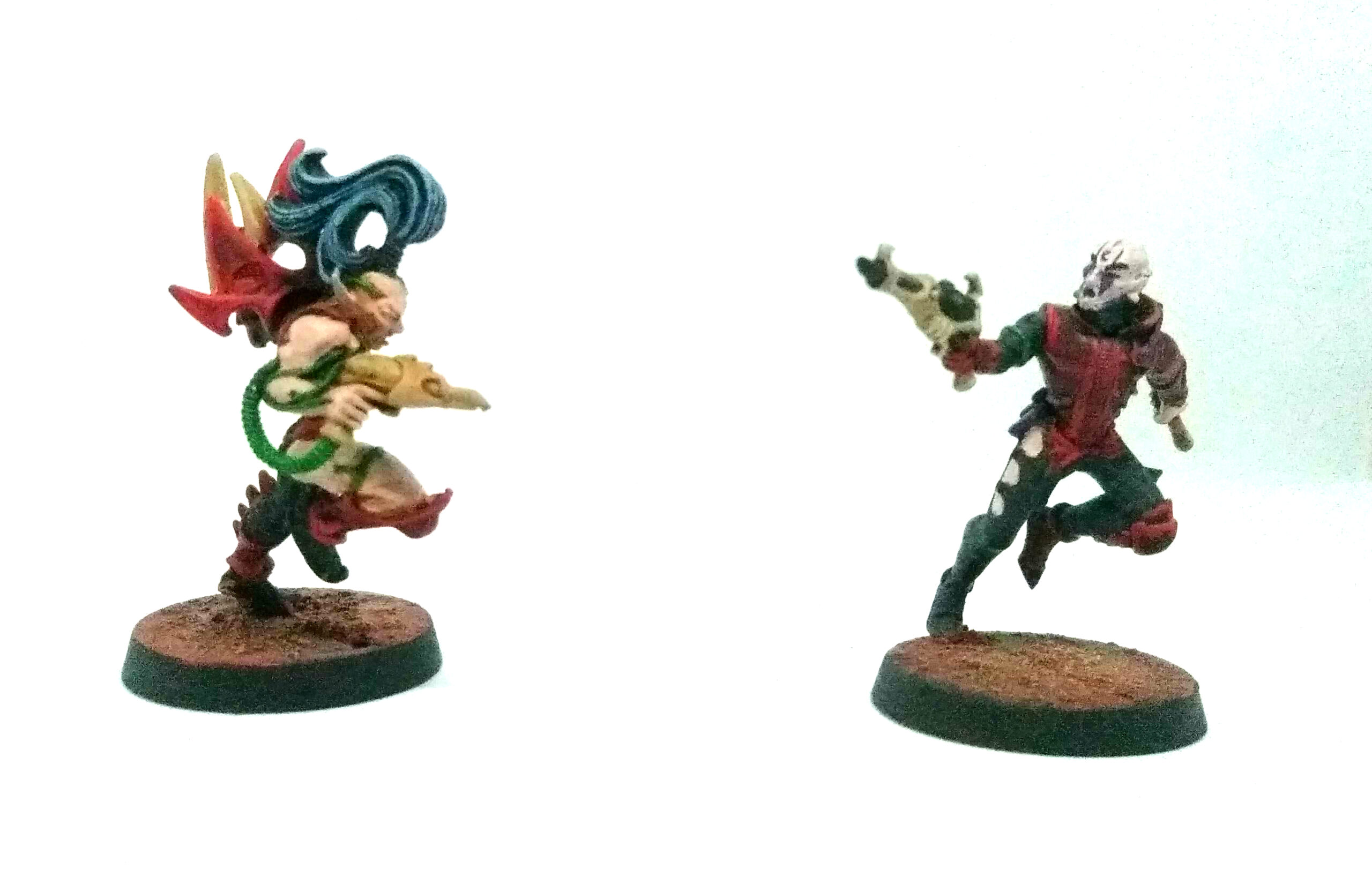 First up, the Wych cult of the oh god no! Their custom Cult traits give enemy models a -1 Leadership debuff while in Engagement range, and counts the battle round as 1 higher than it is for Power from Pain, although never reaching the morale-immune final stage.

How the Cult likes to please its spectators is to make a gory spectacle of dismembering the enemy leader, shocking nearby foes into grovelling inaction. The Syren is accompanied by two Bloodbrides who each have a trophy rack, so that once they’ve made kills, they’re stacking Leadership debuffs to -2 within 3” of themselves.

We leverage these debuffs in two ways - firstly, they’re going to help the Incubi’s Tormentors to have us fighting first. Those armoured mercenaries will be able to keep up thanks to their amulets, also counting the battle round as one higher.

Secondly, once we’ve killed the enemy Leader in dramatic melee fashion, we’ll use a stratagem to cut off their eyelids and force every enemy around to take a Nerve test. If all goes well we can max out the Secondary “Terrors in the Night” without firing a shot! The Shardnet Wyches help prevent an opponent who sees what’s about to happen from simply running away.

Winning without firing a shot is fun, but contingencies are necessary. Targets of opportunity should be fired at with the Syren’s blast pistol and the two Mandrakes, who are our objective cappers. Not every denizen of the dark city is here for fun and games.

Drugs can be chosen to suit the mission and enemy. In general I suggest FASTER for the Syren, TOUGHER for the wyches and STABBIER for the bloodbrides, so they can perform their given tasks better.
If you go second, which this circus prefers to do, the ridiculously quick Syren can start off in the back of your lines for safety (compounded by the Gloom Field) and still get across the field in time to make the first kill. She follows the Soultaker philosophy, so get this right and drink in those delicious 3CP. Just remember not to shoot anyone in round 1. 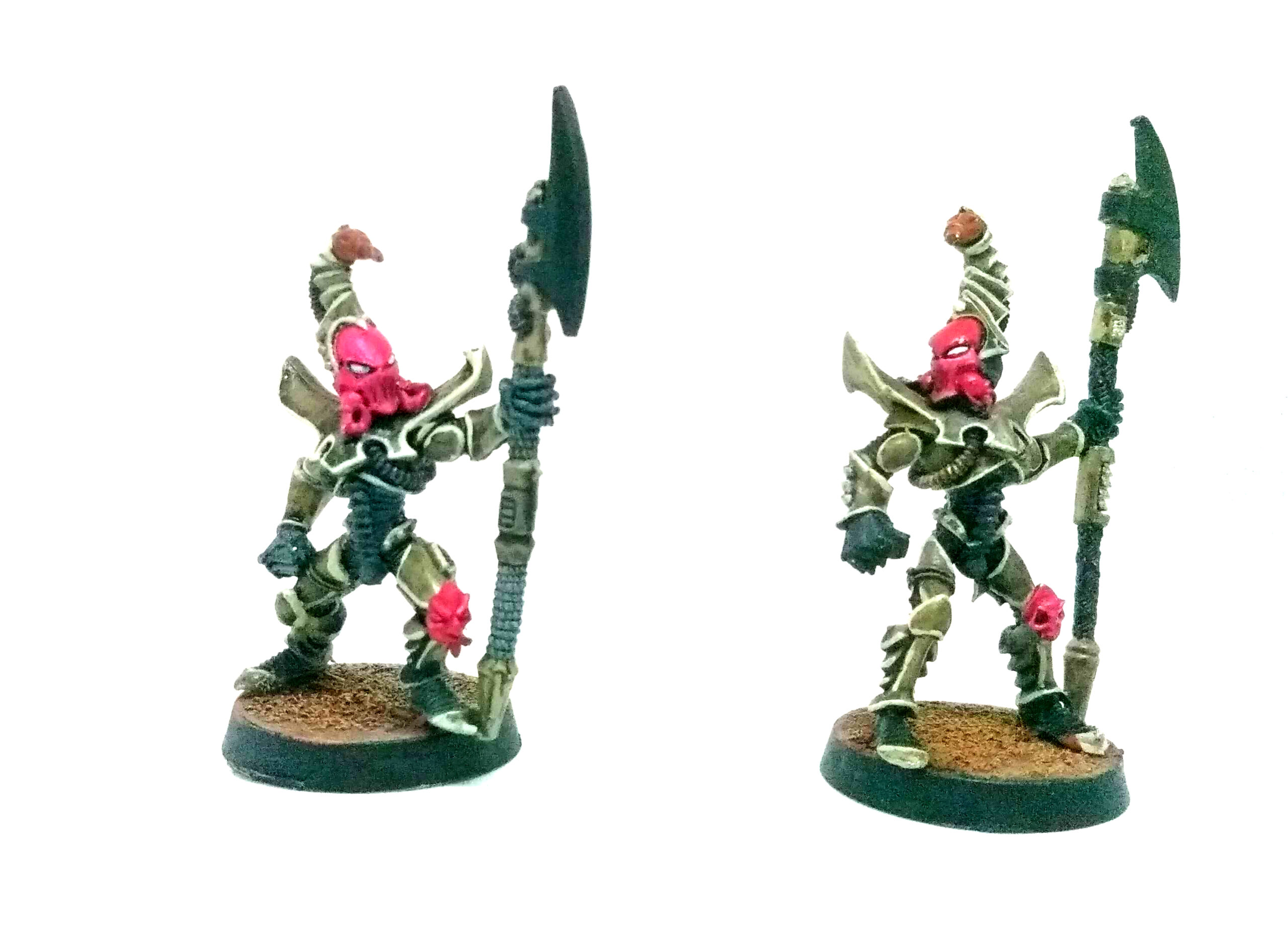 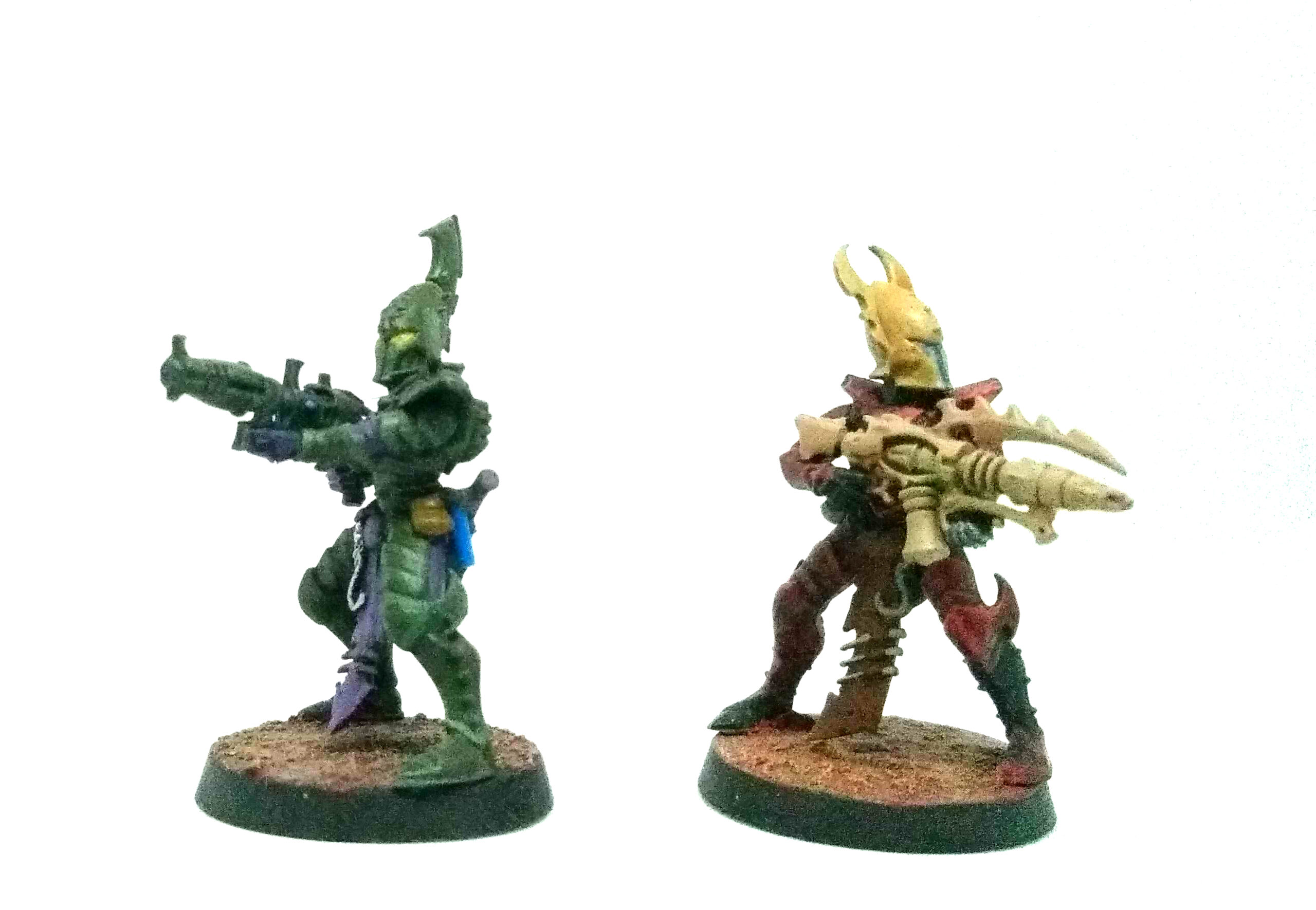 The Kabal of the Shadow Hand manipulate their opponents from hidden lairs, both on and off the battlefield. This Custom Kabal has the ability to cause mortal wounds on enemy models moving nearby, and the speed to reach key areas first to make the most of it.

We sink CP into moving even faster with Desperate Speed and Never Stationary, and manipulating the enemy’s movements with Maddening Hallucination: the “come get me” stratagem that combines beautifully with the Fatal Lure Inspiring Presence aura; if you can get all the positioning right! Extending that aura with the Seal makes it easier.

Our CP is bolstered each round as long as the Dracon doesn't make any attacks, so it's important to keep them out of harm's way, and let the Sslyth soak up the bullets.

The reptile bodyguard and the firepower of the Trueborn mean that enemies need to come to you to get anything done, and that’s when everything gets messy. The Eclipse Field deployed at the right moment will briefly make every stratagem your opponent uses to remove you from the table a significant investment, meanwhile every move made in your presence risks death; including the charges you can force them to make!

Toughness 5 Hellions with all the mobility boosts and a Mandrake are our objective cappers. The Mandrake’s item doubles our presence on a chosen objective, making him useful to defend a remote marker on his own, or a hotly contested one with the help of any of his speed-boosted allies. You only get to use the item once, but its effects remain for the battle, Mandrake or not. Just bear in mind he has to get within 3” of the marker to use it, making it far less effective in “king of the hill” type scenarios than you might expect!

If careful planning and meticulous positioning aren’t your cup of tea, a fun swap to this Warband is to change the Kabal trait to Deadly Deceivers, change the Cult trait to Poetry in Pain & Precise Killers, and have fun maxing out the Dance of Death secondary as you flow in and out of combat, killing as you go! 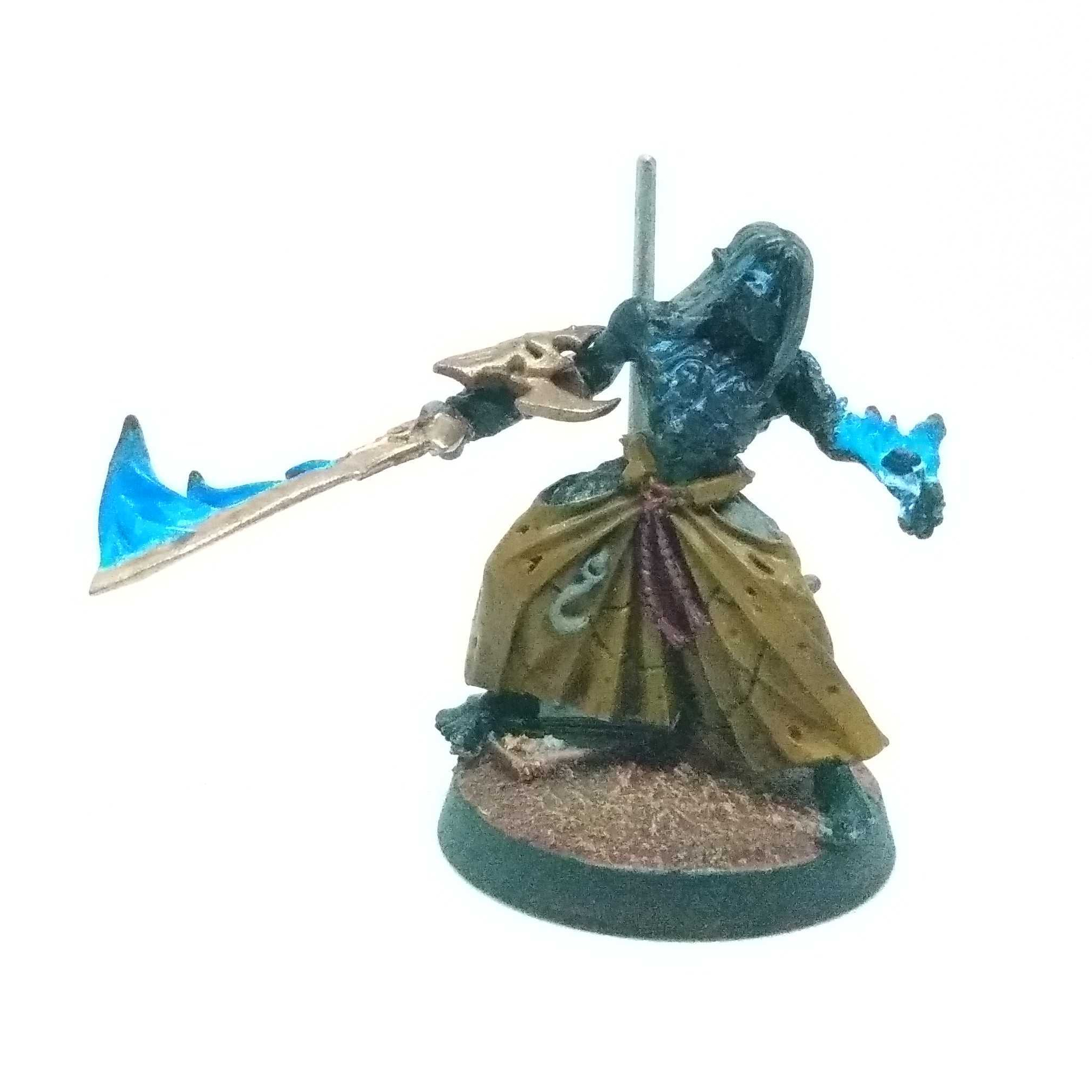