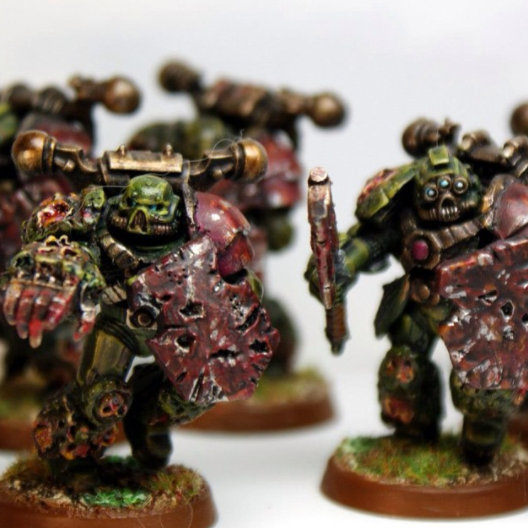 The Death Guard Opus oozes onto your screens today to bring a sinking, stinking sense of inevitable defeat to your skirmishes in the far future.

The Opus features all the stolid, plodding infantry you’d expect, with some of the XIV legion’s heavy hitting characters appearing alongside the usual unit champions to lead them, albeit in a slightly toned-down statline.

Different Leader, Core and other options for the seven Plague Companies gives a great range of customisation for your Death Guard, so whether you want to field a handful of monstrous Terminators, a swarm of wretched plague followers or anything in between, you can follow your dream! Your disgusting, pus-seeping dream.

The armoury has a plethora of new toys and, for the first time, features the Nurgling Bestiary, so you can upgrade your warband with all the unique Nurgling models that Games Workshop have produced in recent years!

To show you some of what Mortarion’s Unwashed can bring to your games, we’ve written up a couple of warbands. The first pits your opponent against a classic zombie survival horror scenario… who will run out of steam first? 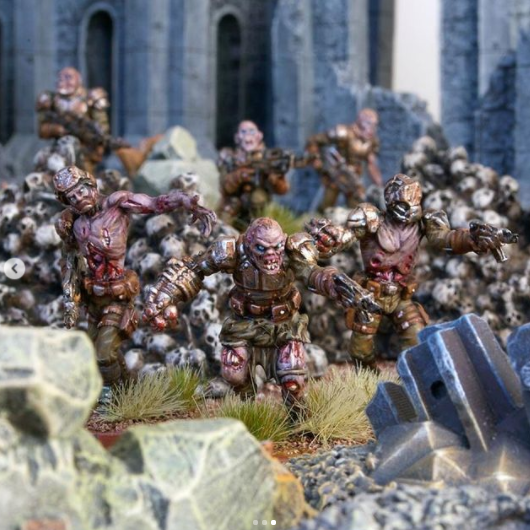 Remember how, in the previous edition of Death Guard, all you had to do was be really good at rolling 5+? This is a bit like that - with a kick.

This warband really gets the most out of the Death Guard secondary “Sacrificial Vectors”. It’s an all-or-nothing mission that requires your models to die on objectives. Cultists are easy to kill, so they suit our needs, but why should their value end with dying for victory points? On a 5+, a Cultist killed near the bearer of the Crown of the Poxplague rises again as a Poxwalker!

Being numerous and oddly resilient, Dominate is another good Secondary Mission for this warband, and it plays a lot of the scenario-specific ones well, too.

We need to get the unclean masses onto those markers. The Cultist Champion gets to pick an Inspiring Presence to affect other cultists, so we choose Fevered Lockstep for +1” Move, along with the Blightbringer’s Sickening Vitality aura and his own Fevered Lockstep, should you choose it. Suddenly, we’re fast!

We swarm the Primary objectives, we die, we score points, we get up again. You’re never gonna keep us down! Then the poxwalkers start eating people, resurrecting their own dead, as the Blightbringer and Possessed spread Contagion to make it easier and easier!

Meanwhile, the Possessed are scary little butchers that can’t be ignored, and they further our “just roll 5s” theme with their Daemonic invulnerable saves and Pseudopod healing abilities. Send them character hunting against punier enemies, or hold them back for a counter-charge when bolder, stupider foes smash into your cultist/poxwalker tarpit.

Once your Sacrificial Vectors have rushed the objectives, inspiring one of these two with “Attack Is The Only Order Worth Remembering” and saving a CP for the other one’s charge roll really gets the most out of them.

Epidemia is worth mentioning. Late in the game is where it really shines - are you in Rapid Fire range? Good - you’re also in Contagion Range. It’s likely you don’t have many minions left at this point, so the debuff to anyone wounded by the weapon can make all the difference in those climactic final-round duels, which the Blightbringer does tend to struggle with. The Philosophy here is just an easy keyword-based +1CP - you could push for more with something chancier, but Grandfather Nurgle wants you to be content with what you have… 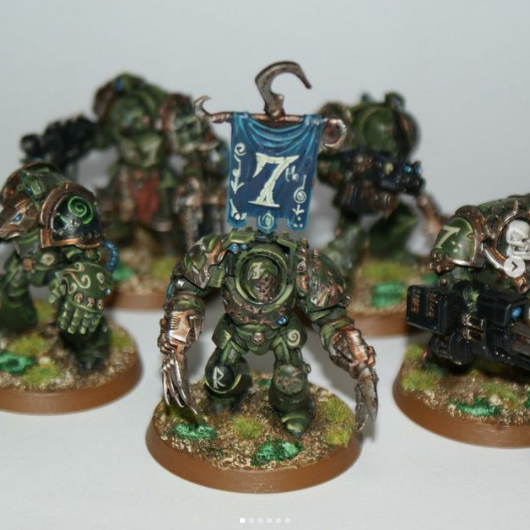 1st Plague Company "Might As Well Be"
Philosophy: "Offense Is The Best Defense"

So much for tricksy combos and tailored Secondaries with hordes of mortal idiots. Leave that to the Big Blue Bird. It’s time for an unstoppable force that’s also an immovable object. It’s Blightlord O’Clock.

This warband is a true team of heroes, from a certain point of view. Even the two most basic terminators boast a Plague Weapon Combi-bolter each, then there's ranged support with the Blight Launcher, a Flail of Corruption to smash foes in melee combat, and the terrifying Champion who can do both - the Scythe is the closest thing to a finesse weapon that a diseased terminator should be able to pick up! Left at full strength, it makes our Leader a formidable shooter. Fail to completely kill him, and he's a combat blender.

Needless to say, with only 5 models on the field, you'll need to apply each one to exactly the required situation - which more often than not is going to be holding an objective, alone.

None of them rely on the others for buffs to any great extent, and are even capable of weathering enough firepower that unless the opponent is flooding the board with bodies (see the warband above...) you can afford to hold off a turn to Teleport Strike into exactly the right position.

Doing so with the Blightlord Champion doubtless has the greatest impact, but either of the two special weapons might benefit too, to save them from being outmanoeuvred - one of this warband's few weaknesses. The other is a lot of mortal wounds. Beware the Psyker. Remember the Grandfather's Mirth Inspiring Presence, and trust in Nurgle!

We play the Attrition secondary mission extremely well, but without a lot of bodies to perform Actions, quite a few are out of the question. Gifts Most Generous is good if you're up against the pathetic Loyalists, but I'm tempted by We Will Never Fall - the wrong amount of firepower poured into your Leader here could seal the fate of just about any warband out there! 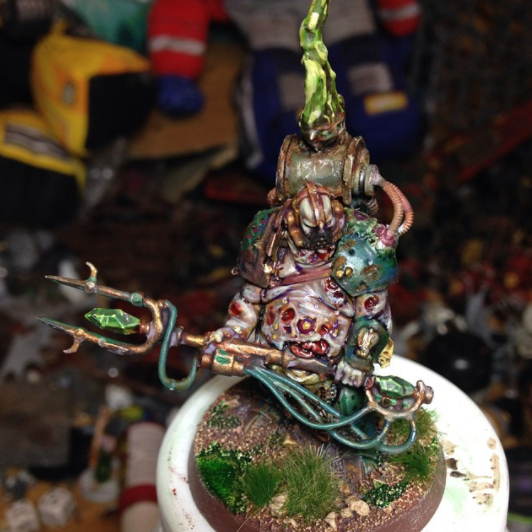 Hopefully that gives you some ideas! As always we're keen to hear what you come up with for your Death Guard - join us on Facebook or Discord or leave your comments below! All miniatures in this edition of Steel Brain come from Paul Scott Miniatures.